Posted on February 26, 2022 Categories: Comments are off for this post 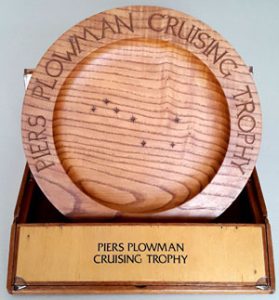 On the plate is the pattern of the Plough (UK, Ireland)] which is the large pattern of seven bright stars (including the constellation Ursa Major) also called the Big Dipper (US, Canada) after the soup ladle outline. If you draw an imaginary line from the two stars furthest from its ‘handle’, it will direct you to the North Star. Thus a connection between Plow and navigation/cruising.